An Introduction to Saccharomyces Cerevisia

Saccharomyces cerevisiae (commonly known as baker’s yeast) is a single-celled eukaryote that is frequently used in scientific research. S. cerevisiae is an attractive model organism due to the fact that its genome has been sequenced, its genetics are easily manipulated, and it is very easy to maintain in the lab. Because many yeast proteins are similar in sequence and function to those found in other organisms, studies performed in yeast can help us to determine how a particular gene or protein functions in higher eukaryotes (including humans).

This video provides an introduction to the biology of this model organism, how it was discovered, and why labs all over the world have selected it as their model of choice. Previous studies performed in S. cerevisiae that have contributed to our understanding of important cellular processes such as the cell cycle, aging, and cell death are also discussed. Finally, the video describes some of the many ways in which yeast cells are put to work in modern scientific research, including protein purification and the study of DNA repair mechanisms and other cellular processes related to Alzheimer’s and Parkinson’s diseases.

Yeast Maintenance
Research performed in the yeast Saccharomyces cerevisiae has significantly improved our understanding of important cellular phenomona such as regulation of the cell cycle, aging, and cell death. The many benefits of working with S. cerevisiae include the facts that they are inexpensive to grow in the lab and that many ready-to-use strains are now commercially available. Nevertheless, proper maintenance of this organism is critical for successful experiments.

This video will provide an overview of how to grow and maintain S. cerevisiae in the lab. Basic concepts required for monitoring the proliferation of a yeast population, such as how to generate a growth curve using a spectrophotometer, are explained. This video also demonstrates the hands-on techniques required to maintain S. cerevisiae in the lab, including preparation of media, how to start a new culture of yeast cells, and how to store those cultures. Finally, the video shows off some of the ways these handling and maintenance techniques are applied in scientific research.

Yeast Reproduction
Saccharomyces cerevisiae is a species of yeast that is an extremely valuable model organism. Importantly, S. cerevisiae is a unicellular eukaryote that undergoes many of the same biological processes as humans. This video provides an introduction to the yeast cell cycle, and explains howS. cerevisiae reproduces both asexually and sexually Yeast reproduce asexually through a process known as budding. In contrast, yeast sometimes participate in sexual reproduction, which is important because it introduces genetic variation to a population. During environmentally stressful conditions, S. cerevisiae will undergo meiosis and form haploid spores that are released when environmental conditions improve. During sexual reproduction, these haploid spores fuse, ultimately forming a diploid zygote. In the lab, yeast can be genetically manipulated to further understand the genetic regulation of the cell cycle, reproduction, aging, and development. Therefore, scientists study the reproduction of yeast to gain insight into processes that are important in human biology.

Isolating Nucleic Acids from Yeast
One of the many advantages to using yeast as a model system is that large quantities of biomacromolecules, including nucleic acids (DNA and RNA), can be purified from the cultured cells.

This video will address the steps required to carry out nucleic acid extraction. We will begin by briefly outlining the growth and harvest, and lysis of yeast cells, which are the initial steps common to the isolation of all biomacromolecules. Next, we will discuss two unique purification methods for the separation of nucleic acids: column binding and phase separation. Additionally, we will demonstrate several ways in which these methods are applied in the laboratory, including the preparation of nucleic acids for molecular biology techniques such as PCR and southern blotting, quantification of gene expression in response to environmental stimuli, and purification of large amounts of recombinant proteins.

Yeast Transformation and Cloning
S. cerevisiae are unicellular eukaryotes that are a commonly-used model organism in biological research. In the course of their work, yeast researchers rely upon the fundamental technique of transformation (the uptake of foreign DNA by the cell) to control gene expression, induce genetic deletions, express recombinant proteins, and label subcellular structures.

This video provides an overview of how and why yeast transformation is carried out in the lab. The important features of yeast plasmids will be presented, along with the procedure required to prepare yeast cells to incorporate new plasmids. The presentation also includes a step-by-step protocol for the lithium acetate method of yeast transformation. Finally, examples of the many applications of this essential technique will be provided. 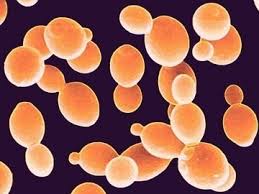