This summary of the history of SMI was prepared by Dr. Charles Elson for the 7th International Congress of Mucosal Immunology held in Prague, Czech Republic, 1992. 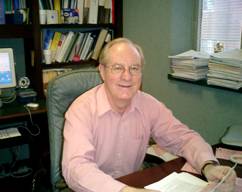 The idea for a formal organization of mucosal immunologists was generated in 1985 during the annual scientific meeting of the American Association of Immunologists (AAI).

This meeting is held together with a number of other societies which are collectively known as FASEB (Federation of American Societies of Experimental Biology). Because of its 15-20,000 attendees, the meeting is held in a cavernous hall or convention center. 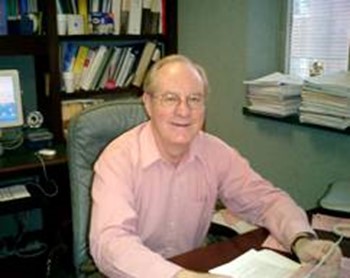 In 1985, the mucosal immunology posters were dispersed in dozens of different locations, because mucosal immunology was not listed as a distinct scientific category in the program. On this particular day, a number of us interested in mucosal immunology kept meeting one another at the same posters. After reviewing the poster, we would scatter in different directions, only to meet once again at the next mucosal poster somewhere else in the vast hall.

Many members of SMI who have attended this meeting in the past will recognize this shuffle. “We should have our own sessions” was the refrain repeated among us at each encounter. In order to do that it was obvious that we would need to organize into a formal group. This was the seed that germinated into our current Society.

Just as all investigators stand on the shoulders of their predecessors, I believe that the SMI is the fruition and logical extension of the multiple International Congresses of Mucosal Immunology that have been held over the past two decades, starting with the Congress organized by Drs. Jiri Mestecky and Jerry McGhee in Birmingham in 1973. These Congresses have pulled together investigators from all over the world which has generated a sense of community among them. They have clarified the major scientific problems remaining to be addressed and have generally fostered the progressive growth of the field. These meetings built the foundation on which SMI now stands. It seems only appropriate that the first major undertaking of SMI was the organization of the Seventh International Congress of Mucosal Immunology.

Following that day in 1985, an organizing committee was formed at the Niagara Falls Congress, consisting of Drs. John Bienenstock, Jiri Mestecky, Pearay Ogra, Anne Ferguson, Robert Clancy, Warren Strober and myself as chairman. The international composition of the committee reflected the early recognition that, although the idea for it may have sprung from frustration at an American meeting, any Society in this field would have to be international in its focus and membership.

Over the following year articles and bylaws were written, the Society legally incorporated in the State of Virginia and non-profit, tax-free status was applied for and received in the United States. The members of the organizing committee served as the initial Governing Board, and elected Dr. Jiri Mestecky as acting President. Two cycles of elections have subsequently been held and all current officers have been elected by the membership at large.

The purposes of the Society are to advance research, literary and educational aspects of the scientific field of mucosal immunology; to organize and coordinate national and international research congresses, seminars, workshops in mucosal immunology; to interest and promote new investigators into the field; and to stimulate interactions among members of diverse disciplinary interests and expertise within mucosal immunology who are dispersed around the world.

These are worthy goals which will benefit all investigators active in this field. The rapid increase in membership in just a few years indicates that a large number of investigators support these aims, which is an important step toward advancing our field. Significant accomplishments have already been achieved. The Society is now a guest at the FASEB meeting with separate mucosal immunology sessions and input into the organization. Mucosal immunologists no longer have to chase all over the hall in running shoes! Much more remains to be done, but considering the collective talents of the membership, the future looks bright.