A Rapid Protocol for Construction of Adenoviral Vectors

High-capacity adenoviral vectors (HC-AdVs) lacking all viral coding sequences were shown to result in long-term transgene expression and phenotypic correction in small and large animal models. It has been established that HC-AdVs show significantly reduced toxicity profiles compared with early-generation adenoviral vectors. Furthermore, with capsid-modified HC-AdV becoming available, we are just starting to understand the full potential of this vector system. However, for many researchers, the wide-scale use of HC-AdV is hampered by labor-intensive and complex production procedures. Herein, we provide a feasible and detailed protocol for efficient generation of HC-AdV. We introduce an efficient cloning strategy for the generation of recombinant HC-AdV vector genomes. Infection and amplification of the HC-AdV are performed in a spinner culture system. For purification, we routinely apply cesium chloride gradients. Finally, we describe various methods for establishing vector titers. Generation of high-titer HC-AdV can be achieved in 3 weeks. 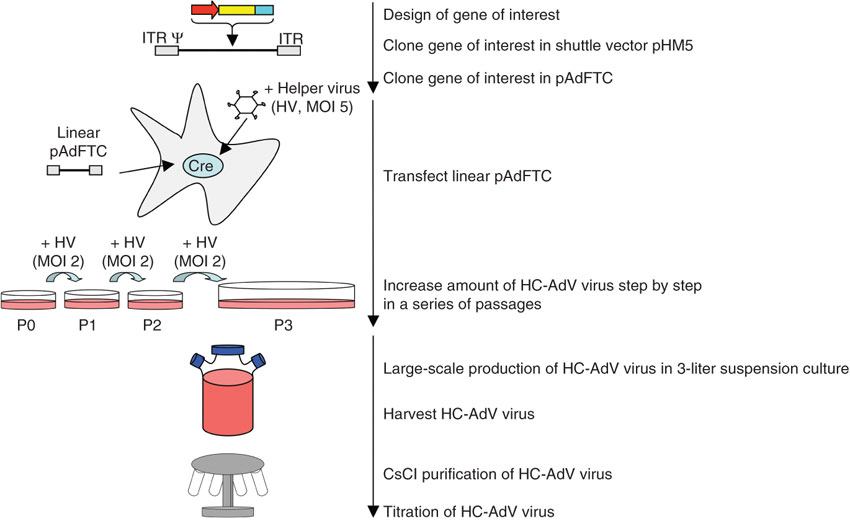