Animal models of intestinal inflammation are indispensable for our understanding of the pathogenesis of Crohn’s disease and ulcerative colitis, the two major forms of inflammatory bowel disease in humans. Here, we provide protocols for establishing murine 2,4,6-trinitro benzene sulfonic acid (TNBS)-, oxazolone- and both acute and chronic dextran sodium sulfate (DSS) colitis, the most widely used chemically induced models of intestinal inflammation. In the former two models, colitis is induced by intrarectal administration of the covalently reactive reagents TNBS/oxazolone, which are believed to induce a T-cell-mediated response against hapten-modified autologous proteins/luminal antigens. In the DSS model, mice are subjected several days to drinking water supplemented with DSS, which seems to be directly toxic to colonic epithelial cells of the basal crypts. The procedures for the hapten models of colitis and acute DSS colitis can be accomplished in about 2 weeks but the protocol for chronic DSS colitis takes about 2 months. 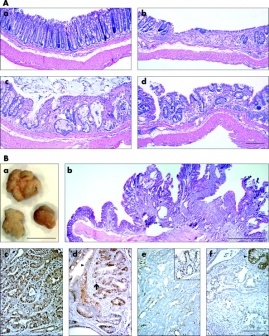