In vivo Imaging and Tracking of Host-Microbiota Interactions via Metabolic

“The intestine is densely populated by anaerobic commensal bacteria. These microorganisms shape immune system development, but our understanding of host–commensal interactions is hampered by a lack of tools for studying the anaerobic intestinal environment. We applied metabolic oligosaccharide engineering and bioorthogonal click-chemistry to label various commensal anaerobes, including Bacteroides fragilis, a common and immunologically important commensal. We studied the dissemination of B. fragilis following acute peritonitis, and characterized the interactions of the intact microbe and its polysaccharide components in myeloid and B cell lineages. The distribution and colonization of labeled B. fragilis along the intestine can be assessed, as well as niche competition following coadministration of multiple species of the microbiota. Nine additional anaerobic commensals (both gram-negative and gram-positive) from three phyla common in the gut—Bacteroidetes, Firmicutes, and Proteobacteria—and five families and one aerobic pathogen (Staphylococcus aureus) were also fluorescently labeled. This strategy permits visualization of the anaerobic microbial niche by various methods, including intravital two-photon microscopy and non-invasive whole-body imaging, and an approach to study microbial colonization and host–microbe interactions in real-time.” 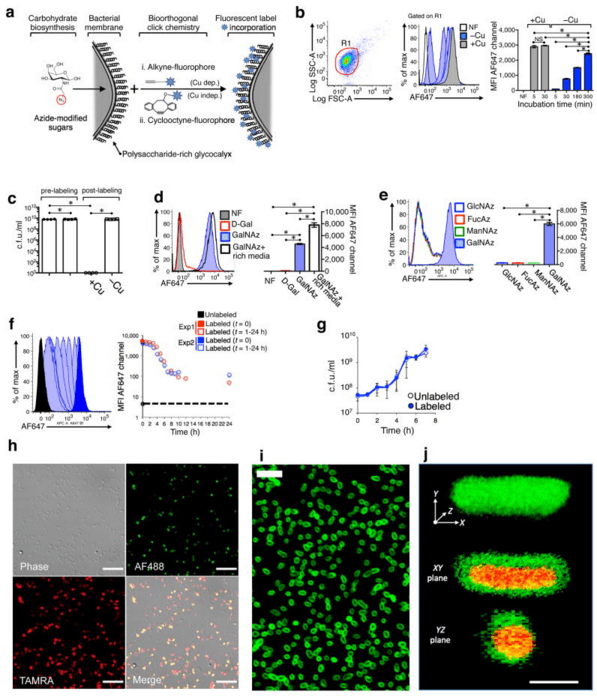