An enzyme-linked immunosorbent assay (ELISA) is typically performed to detect the presence and/or amount of a target protein of interest within an experimental sample. Detection of the target protein is made possible by antibodies, which make the ELISA an immunoassay. Through a series of incubation and washing steps, these antibodies, which are frequently linked, or conjugated, to an enzyme, will detect protein coating the bottom of a well on a microtiter plate. When exposed to a substrate, antibody-bound enzyme will cause a color change, thereby indicating the presence of the protein-of-interest in the sample.

In this video, the theory behind how ELISAs work is explained, including a discussion of both primary and secondary antibody binding and the importance of blocking steps. Theory is followed by practice, as the video progresses to an explanation of the step-by-step procedure. Finally, variations of the standard ELISA such as the sandwich and competitive ELISAs are introduced, and real world applications of this method, such as in over-the-counter pregnancy tests are explained. 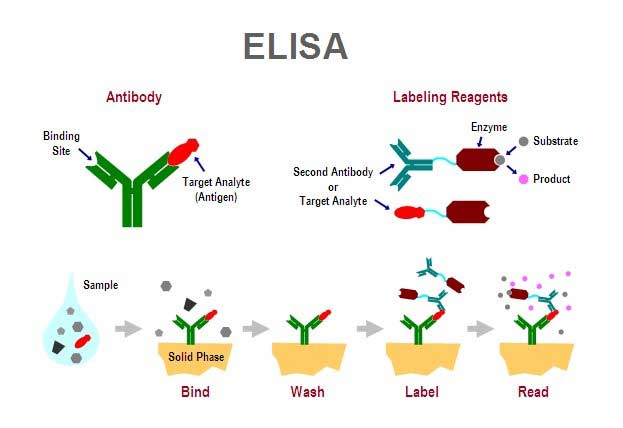