While there is evidence of a pathogenic role for complement in inflammatory bowel disease, there is also evidence for a protective role that relates to host defence and protection from endotoxaemia. There is thus concern regarding the use of systemic complement inhibition as a therapeutic strategy. Local delivery of a complement inhibitor to the colon by oral administration would ameliorate such concerns, but while formulations exist for oral delivery of low molecular weight drugs to the colon, they have not been used successfully for oral delivery of proteins.We describe a novel pellet formulation consisting of cross-linked dextran coated with an acrylic co-polymer that protects the complement inhibitor CR2-Crry from destruction in the gastrointestinal tract. CR2-Crry containing pellets administered by gavage, were characterized using a therapeutic protocol in a mouse model of dextran sulphate sodium (DSS)-induced colitis. Oral treatment of established colitis over a 5-day period significantly reduced mucosal inflammation and injury, with similar therapeutic benefit whether or not the proton pump inhibitor, omeprazole, was co-administered. Reduction in injury was associated with the targeting of CR2-Crry to the mucosal surface and reduced local complement activation. Treatment had no effect on systemic complement activity. This novel method for oral delivery of a targeted protein complement inhibitor will reduce systemic effects, thereby decreasing the risk of opportunistic infection, as well as lowering the required dose and treatment cost and improving patient compliance. Furthermore, the novel delivery system described here may provide similar benefits for administration of other protein-based drugs, such as anti-tumour necrosis factor-α antibodies. 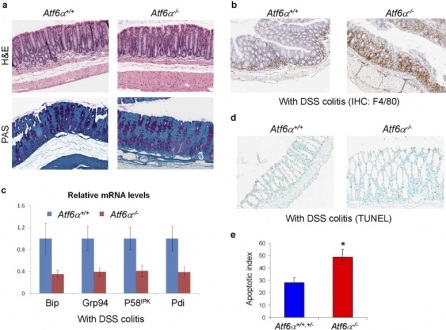